Military personnel is subject to numerous rules, regulations, and laws. They are subject to a unique set of laws, the Uniform Code of Military Justice, in addition to being bound by international treaties to obey the laws of the United States and their host countries during peacetime.

We will explain what UCMJ is and provide you with useful information about it in this article on the uniform code of military justice. Let’s get started!

What does UCMJ stand for?

UCMJ stands for the Uniform Code of Military Justice, which is the legal framework that regulates all US military members. The UCMJ covers a wide range of legal issues, from the apprehension and confinement of military members to regulations governing military appeals courts.

What is the purpose of UCMJ?

The Uniform Code of Military Justice is a federal law enacted by Congress that covers all current duty military members, as well as activated National Guard and Reserve members and military academy students. The UCMJ applies to those civilians who serve in support of the military during times of war.

Prior to the 1951 enactment of the UCMJ, each military had its own set of legal regulations that were altered during peacetime and wartime. The UCMJ was created to standardize the legal system across all services.

The UCMJ was developed by Congress and is updated on a regular basis by law, usually as part of the National Defense Authorization Act, or NDAA.

The UCMJ’s laws are created by Congress, as required by the Constitution. The Manual for Courts-Martial, or MCM, is created and maintained by the president, who has the constitutional power to execute and enforce those laws. It provides the penalties for breaking any of the laws specified by Congress.

If a service member commits an offense that affects the civilian or international community, the military may choose to turn the case over to civilian authorities. A military member, on the other hand, may face charges in both civilian and military courts for the same crime.

What are the historical origins of the military justice system? 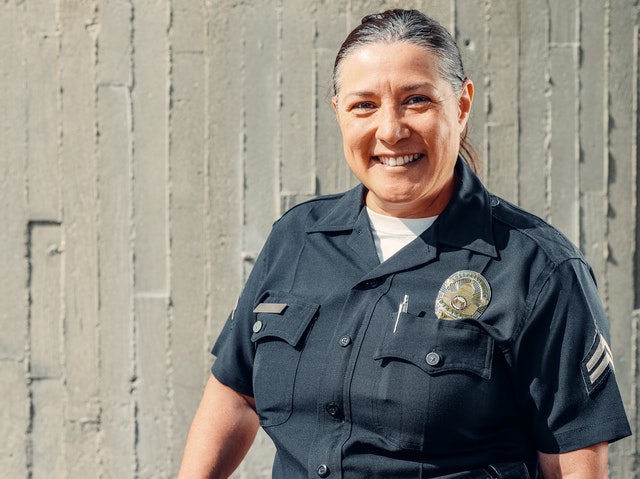 69 Articles Of War To Govern The Whole Continental Army

The Continental Army was governed by the 69 Articles of War (later significantly extended), which had precise applications and directions that covered many facets of the profession of arms. Article 15 of the amended 101 Articles of War outlines how U.S. military officers should approach head-counting or “muster” tasks in order to maintain track of troops and horses for official purposes:

Every officer who makes a false muster of man or horse, and every officer or commissary of musters who willingly signs, directs, or allows the signing of muster-rolls containing such a false muster, shall be cashiered and shall be utterly disabled to have or hold any office or employment in the service of the United States, upon proof made by two witnesses before a general court-martial.

Expanding The Articles Of War

In 1806, a new set of Articles of War was drafted, this time with 101 articles that remained within the same organizational structure for over a century. Once approved, the Uniform Code of Military Justice will be the first major revision and a new approach to military law.

Nonetheless, there would be several further revisions over the years, including one in 1916 that required the jurisdiction of a general court-martial to be made concurrent with war tribunals and related processes. This modification also made it permissible to accuse the U.S. military of murder and rape if the crimes occurred outside of the country during

Other revisions resulted in major alterations as well. The Bad Conduct Discharge was established by the Articles of War of 1948, which also extended provisions against self-incrimination by accused military members.

Domestic violence, including assault, intimidation, violation of a protection order, and damaging property or injuring animals, was introduced to the law in 2018 as Article 128b.

The Uniform Code Of Military Justice

Until the Uniform Code of Military Justice was approved by Congress in 1950, the United States military operated under the 101 Articles of War. The UCMJ was passed into law by President Harry S. Truman. Since the UCMJ’s passage, there have been changes, some as a consequence of executive orders and others as a result of the passing of the National Defense Authorization Act of 2006 and the National Defense Authorization Act of 2007.

A review of the set of rules and regulations that dictate criminal charges for service members and how they are adjudicated was included in the 2016 Military Justice Act. The following changes took effect on January 1, 2019:

There will be further adjustments

Does military justice have uniform codes? 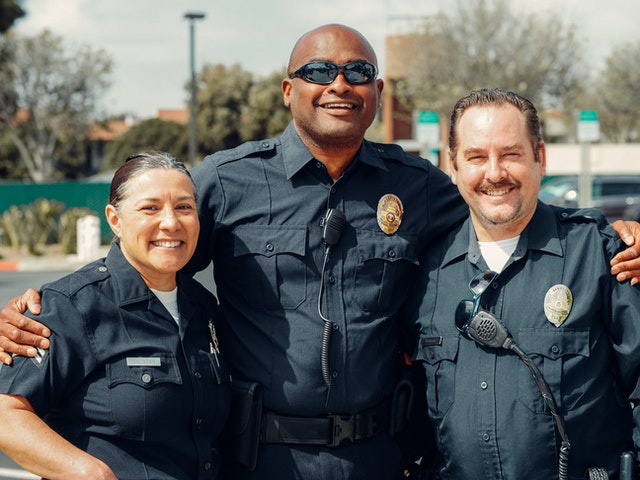 The UCMJ is focused on the military justice system and is not intended to be a full regulatory guide to every rule, executive order, military regulation, or other guidance.

There is no rule book that can foresee every scenario that could be used in the military justice system. The Uniform Code of Military Justice is intended to produce a uniform and enforceable code of law for people accused of crimes, misconduct, or other infractions that must be dealt with in a way that is unique to the military and outside the scope of civilian law.

Who can be charged under the UCMJ?

The word “military” is crucial to know who is subject to the Uniform Code of Military Justice. There is a list of individuals who are subject to the UCMJ. They may contain, but are not limited to, the following items:

Civilians accompanying the military troops in the field during peacetime are not subject to court-martial, according to the Supreme Court. Furthermore, some provisions of the UCMJ are exclusively applied to military personnel.

Why is UCMJ important?

The Uniform Code of Military Justice is a comprehensive set of criminal laws that applies to all military personnel. Some UCMJ standards are similar to or equivalent to non-UCMJ laws banning murder, drunk driving, theft, and other crimes, but others are intended to maintain good order and discipline.

Some of the UCMJ’s offenses are only applicable to military service. Desertion, absence without leave, disrespect toward superiors, refusal to obey commands, dereliction of duty, and unfit conduct… None of these offenses have any true counterparts in the civilian criminal justice system.

The UCMJ also tackles offenses done “in the presence of the enemy,” which have few, if any,  civilian laws. Improper countersign use, sentinel dereliction of duty, prisoner misconduct, assisting or providing comfort to the enemy, spying, and espionage are all included in the UCMJ.

Does the UCMJ take precedence over civilian law?

This is a confusing issue. No, is the quick response. “Under such regulations as the Secretary concerned may prescribe, a member of the armed forces accused of an offense against civil authority may be transferred, upon request, to the civil authority for trial,” according to the UCMJ’s Apprehension And Restraint section.

As a result, it’s easy to see how someone in uniform who breaks civilian laws could be turned over to the right authorities for punishment. However, when crimes are committed in another country, the situation becomes more complicated.

The UCMJ is enforceable as American law in American territory, but when military soldiers are serving overseas, the US military may (or may not) have a Status Of Forces Agreement in place that specifies what happens if a US military member violates the host nation’s laws.

In some circumstances, the SOFA agreement stipulates that the host country will allow the US military justice system to address allegations of lawbreaking and misbehavior. In these situations, the UCMJ would apply to the extent that it was permissible or acceptable for the circumstances.

In other circumstances, the US may have a SOFA agreement with the host nation that provides for a different approach to a breach of the host country’s laws. Some countries may refuse to sign a SOFA and insist on dealing with breaches in the host country’s preferred manner. This is not an ideal situation in the eyes of military officials. Commanders and military law specialists prefer to keep such issues “in-house” in most circumstances.

Read more >> 240 Years of US Army Uniform History And Overview

What is the difference between judicial and non-judicial punishment? 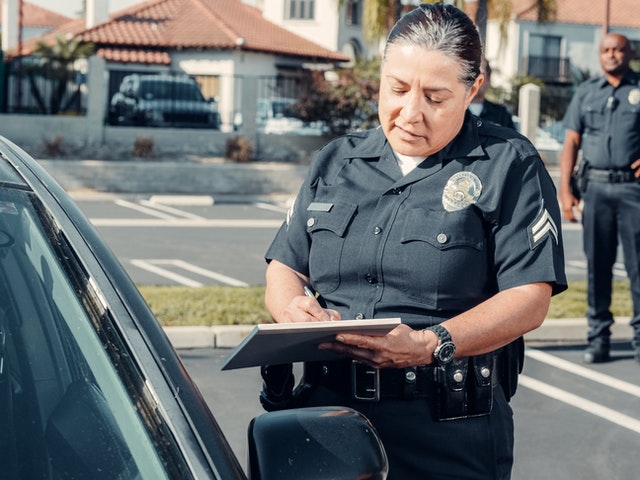 The Uniform Code of Military Justice does not mandate a court-martial or trial-like procedure in all cases. There are minor offenses of the UCMJ that do not necessitate a trial, arrest, detention, or other punitive measures that need legal assistance, just as there are minor violations of civilian laws.

Non-Judicial Punishment Under the UCMJ

The Uniform Code of Military Justice establishes three sorts of court-martial, each of which is suited for a certain degree of offense and is based on the recommendations of a commander or the military justice system.

A single commissioned military officer can preside over a Summary Court-Martial, which is the most basic kind of military judicial punishment trial/proceeding.

All people subject to this chapter for any noncapital offense made punishable by this chapter” of the UCMJ and, under such rules as the President may prescribe, for capital offenses are included in the Special court-authority martial’s under the UCMJ. The following individuals preside over this type of court-martial:

The most serious legal process is a general court-martial. The following people are in charge of it:

Those who have been subjected to UCMJ punishment in a court-martial may appeal to the Military Court of Appeals. The United States Court of Military Appeals, according to the final chapter of the UCMJ, is a court of record. Article 1 of the Constitution establishes the court. The court is solely in the Department of Defense for administrative purposes.

A court of military appeals has the power to amend erroneous findings, lower an excessive penalty, and limit the judgment itself in specific ways.

Recognizing that the trial court saw and heard the witnesses, the Court may analyze the evidence, judge the reliability of witnesses, and resolve disputed questions of fact while examining the record of a court-martial. The court, on the other hand, cannot change a “not guilty” finding to “guilty” or raise the harshness of a punishment.

The information in the preceding article is relevant to the Uniform Code of Military Justice. We hope that this information will help you learn more about UCMJ meaning.