The Coast Guard is a branch of the military with its own set of ranks. The amount of money an enlisted Coast Guardsman earns each year, as well as the types of activities they can participate in, are determined by their Coast Guard rank. This article will go over the various types of coast guard corps ranks and their duties!

Let’s start practicing for your ASVAB with our free ASVAB Coast Guard Practice Test if you’re thinking about joining the Coast Guard. There are thousands of ASVAB practice questions available for the Coast Guard.

This is an entry-level position. The Seaman submits their initial assignment and holds a training status. The E1 is responsible for familiarizing themselves with the Coast Guard’s culture and core skills during this time. This rank wears no insignia. 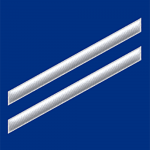 After a four-month term, the Seaman will typically promote to Seaman Apprentice formerly known as Seaman Second Class. E2 post to their first assignment at a Class “A” School or “striker” program (on-the-job training). There is no rating assigned yet, but the rank holds an insignia with corresponding colors based on the assigned group: white for deck and administrative, red for Fireman or engineering and hull, and green for Airman or aviation.

Mentioning Seaman working on deck, responsibilities can consist of maintenance and repairs, store administration, lookout, emergency security, and training under higher enlisted Seaman. Job duties may differ according to the assigned group, but generally speaking, the E3’s job is to gain skills at Class A or specialty school. 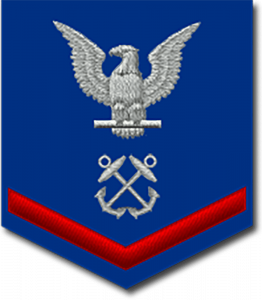 Being the lowest rank of non-commissioned officer, the E4 increasingly refines technical, specialty, and leadership skills. Their now assigned ratings are given a special abbreviated rating (e.g., Yeoman Third Class/deck and administrative.) E4s follow a track that limits them to eight years before they’re promoted to Second Class or subject to involuntary separation from active duty.

Being the third junior non-commissioned officer rank, the E6 becomes increasingly proficient in their technical specialty. The Petty Officer First Class works towards a two or four-year undergraduate degree at a “C” School.

Chief Petty Officer is expected to be a key advancement in an enlisted Coast Guard career. E7s are proficient technical specialists and are typically placed on cutters (decked vessels) and boats. As leaders, they carry out administrative and leadership responsibilities.

Senior Chief Petty Officer or “Senior Chief” has job responsibilities that are similar to that of the E7 but assumes more authority in administrative, leadership, and technical tasks. E8s are expected to lead and train junior officers, as well as have extensive knowledge beyond their specialty. 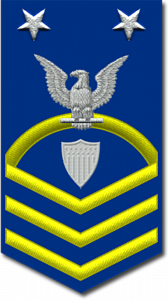 Command Master Chief Petty Officer is a senior listed rank at a command level. The E9 acts as a liaison between the enlisted and command or commissioned officers. E9s typically assist with issues surrounding discipline, training, technical challenges, and morale.

Master Chief Petty Officer of the Coast Guard is the highest senior rank and acting voice and representative of sailors. The MCPOCG travels and observes, gaining insight into the current state of each unit. Command depends on the MCPOCG to help correct or establish policies, entitlements, and training to ensure the well-being of enlisted personnel.

Achieving the Chief Warrant Officer 2 requires board selection and eight years of service within the NCO ranks (E-6 through E-9.) Once appointed, the W2 fulfills one specialty out of twenty-one (i.e., Diving Specialist, Intelligence System Specialist, Personnel Administration, Weapons, etc.)

Advancement in W3 and W4 happens over time. WOs are eligible to apply to the Chief Warrant Officer to Lieutenant Program. 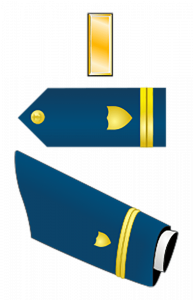 Ensigns are known as junior-rank commissioned officers. The full commitment to service is three years upon the receipt of the commission. Ensigns are assigned onboard at the division and will typically lead a group of petty officers and enlisted personnel. 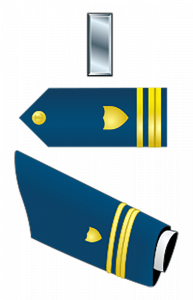 Lieutenant Junior Grade is the second junior rank above Ensign and is also called by the colloquial name, “JayGee.” Their role is billeted division officers onboard a ship in their specialty but may also hold many job roles due to the multi-faceted mission of the O2. They can progress forward in their careers by completing formal education courses in their technical areas of expertise. 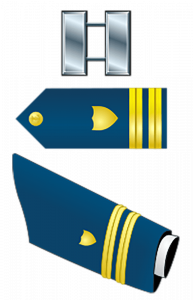 Being the highest junior officer rank, O3 focuses on further developing their rating skills at their assigned posting. Their time on board may be spent advising the junior enlisted ranks (E-1 through E-3) and petty officers, as well as maintaining, servicing, and organizing.

Being the fourth commissioned officer rank and holding a multi-mission of both maritime law and law enforcement, O4s are usually in command of smaller vessels, and an expert in their specialty. Advancement may be occurred by refining technical and operational skills, as well as completing educational courses. 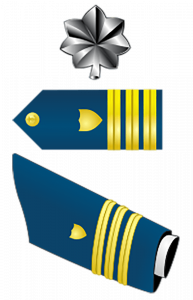 Commander is the fifth-highest officer rank and reports to the Sector Commander. O5s lead units on small vessels or cutters to carry out tactical missions including search and rescue, law enforcement, and homeland security and protection of the marine environment.

The captain is known as a senior officer rank and practices a high level of authority due to the Coast Guard’s small service. CAPT will usually hold command of a large vessel, aircraft, or other senior posts. Being promoted from this position is difficult and requires an exceptional leadership history. 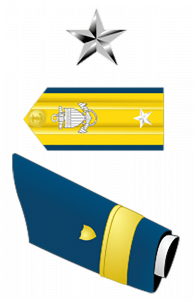 Rear Admiral Lower Half is a one-star flag officer and equivalent to a brigadier-general in other military branches. O7s typically serve as District Commander in charge of several sectors along the coastline or command of a small fleet. The Rear Admiral Lower Half term is approximately five years unless reappointed. 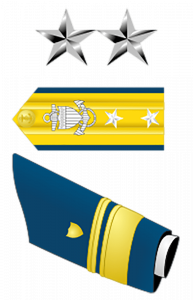 The Rear Admiral Upper Half is a two-star flag officer. Similar to the Rear Admiral Lower Half, the RADM commands a large fleet of the coastline. RADMs hold superior authority and experience and are ready to coordinate responses to emergencies in their sector. 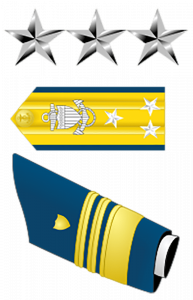 Vice Admiral is a three-star flag officer and designated to the office of the Vice-Commandment of the Coast Guard. O9 is second in command directly overseeing the mission of operational areas. The term ranges from three to four years long.

The highest rank in peacetime is Admiral, who wears a four-star flag as their insignia. Admirals command the entire operation, which includes over 41,000 active-duty personnel. The command of the Coast Guard reports to the President of the United States.

Are navy and coast guard ranks the same?

What is the highest rank in the U.S. Coast Guard?

Admiral (or full admiral, or four-star admiral) is the highest rank in the United States Coast Guard. It is higher than the vice admiral (three-star admiral) but lower than Fleet Admiral (five-star admiral).

What is the lowest rank in the Coast Guard?

Is Coast Guard the easiest branch of the military?

When it relates to physical challenges and difficulties, the Air Force is said to be the “easiest” branch. Air Force personnel are among the least likely to see combat, second only to Coast Guard personnel. Air Force deployments aren’t as common as those in the Army, Navy, or Marine Corps, and they are normally shorter in duration.

Now that you’ve learned a lot about the ASVAB, it’s time to take our free ASVAB practice test 2022!