The United States National Guard was established in 1636, making it the country’s oldest force and older than most other countries in the Americas. With nearly 400 years of experience, the National Guard not only performs combat missions but also serves as an extremely important reserve force, performing rescue work within the United States when needed.

In theory, the National Guard will only be responsible for protecting the United States from threats both inside and outside the country that endanger the people’s safety and the state of the Union. In reality, the National Guard fights alongside the Marines and the US Army all over the world. The US National Guard has a large number of troops ready to perform all tasks when needed while participating in wars abroad and ensuring domestic security.

What is National Guard history? 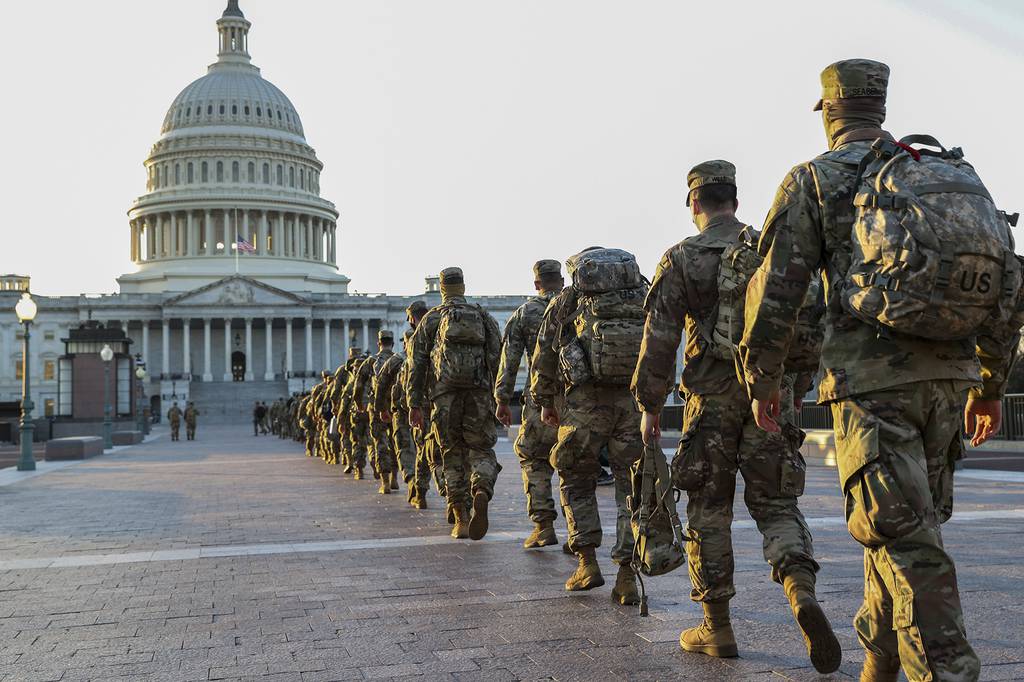 Founded in 1636 as a militia, the National Guard is a “ready” reserve group of 450,000 male and female volunteers active in all 50 states and 4 territories of the United States. Guardsmen do civilian jobs and participate in part-time military training. They are mobilized for duty during times of civil unrest, natural disasters, strikes, wars, medical emergencies, and riots.

As the only force that exists at both the federal and state levels, according to the US Constitution, Guard units may be mobilized to ensure public safety, order, and local peace during times of need. urgent and can be mobilized to become an essential part of American forces abroad. Guardsmen typically work in the state they live in, participating in drills scheduled for one weekend each month and a two-week training program each year.

Continuously evolving over the past 400 years, from colonial militias participating in the first battles of the American Revolution, and participating in two world wars, to defending the American capital from crowd rioting in early 2021, the National Guard responds to combat missions, domestic emergencies and also participates in every major American conflict.

National Guard in the early days

The National Guard was America’s first organized fighting force, dating back to December 13, 1636, in the Massachusetts Bay Colony when three militia regiments were formed to fight back. The Pequot tribe provided security for the original settlements. Men between the ages of 16 and 60 are mobilized to participate. The original 3 regiments in Massachusetts continue to operate to this day.

During the American Revolution, the militia units taken up were Minutemen, characterized by their quick response. The militia also formed volunteer armies during the Civil War and provided protection to settlers during westward expansion. The Militia Act of 1903, also known as the Dick Act, created the foundations of today’s National Guard, under which the force could support federal missions.

The first air unit of the Guards was established on November 1, 1915, but it was not until more than 30 years later, on September 18, 1947, with the formation of the United States Air Force, the United States Air Force. The new National Army was officially established. Since then, the Air National Guard has fought in the wars in Korea and Vietnam, the Gulf crisis, the 9/11 terrorist attacks, hurricane relief efforts, the war in Afghanistan, and other operations…

After the sinking of the Lusitania in 1915, the United States Congress agreed to enact the National Defense Act, which made significant changes to the guard force, officially known as the National Guard. This force is supplemented with funding, increased and standardized annual training, and requires those who join the National Guard to pass fitness tests as well as fitness tests.

The legislation codified the dual duties of the National Guard at the state and federal levels and required the Guardsmen to swear allegiance to both the U.S. Constitution and state laws. The President of the United States can mobilize the National Guard during a federal emergency, and this force can participate in expeditionary missions.

In September 1940, when America was about to enter World War II, President Roosevelt mobilized the National Guard for a year of training. The mobilization of the National Guard at the federal level doubled the size of the US combat force, thereby securing the manpower for the eventual US intervention in Europe.

The National Guard has a very heroic history and played a very important role in American history. During World War II, the National Guard made up 40% of the US fighting force in France. During the Korean War, more than 140,000 National Guard soldiers were mobilized to fight. The most recent major mobilization was during Operation Desert Storm, with 63,000 troops.

Every state, Washington D.C., and the territory has a National Guard. It is the vanguard and core of the states but can be deployed by the president to support the nation’s armed forces, which are often federally funded and trained, according to The Guardian. Each state has 2 National Guard units, which are the reserve forces of the army and the air force, divided into military, medical, engineering, etc., with the commander being the governor of the state with authority. maneuver without reporting to the president.

Since the terrorist attacks of September 11, 2001, the National Guard has mobilized more than 500,000 troops for federal missions. At the state level, this force plays an important part in disaster relief and motherland protection. During Hurricane Katrina in 2005, approximately 50,000 National Guard troops were deployed to the Gulf of Mexico coast for humanitarian, evacuation, and relief operations.

In 2020, nearly 100,000 guards were deployed to assist with the Covid-19 pandemic, California wildfires, and anti-racism protests. On January 6, 2021, the National Guard was also mobilized after rioting mobs stormed the Capitol while Congress was in session to officially count the votes of the Electoral College.

How many National Guard units are there?

The US National Guard has human resources of about 358,258 people, staffed into 8 infantry divisions. Each division is in charge of 3-5 states.

The Air National Guard has a strength of about 104,000 people. This force is allocated most of the most modern aircraft of the US Air Force, including the B-2 Spirit stealth strategic bomber, but does not have the AH-64D Apache attack helicopter.

Today, the Air National Guard mainly conducts training activities, reserving fighter pilots for the US Air Force as well as coordinating operations with the US Air Force. In addition, some ANG pilots are also involved in commercial civil aviation activities.

How is the National Guard different from the U.S. Army?

To a casual observer, there may be no difference between the Army and the National Guard. However, the National Guard and the US Army have several factors that set them apart from each other on the basis of their responsibilities. The problem people may have in distinguishing one from the other could be that both are military units. Only someone interested in the armed forces knows the difference.

However, it is quite easy to determine where they change. They have different responsibilities and different jurisdictions. Typically, the National Guard is limited to the state in they belong to. However, the Army can operate across the United States.

What is the Army?

The United States Army is part of the Department of the Army, which is a division of the Department of Defense. The highest military officer in the Army is the Chief of Staff of the Army. The current Chief of Staff is General Raymond T. Odierno (2015). However, it is headed and led officially by the Secretary of the Army. The current Secretary of the Army is John M. McHugh (2015). The United States Army consists of approximately 1, 105, 301 soldiers from various divisions of the National Army.

What is the National Guard?

Differences between National Guard and Army 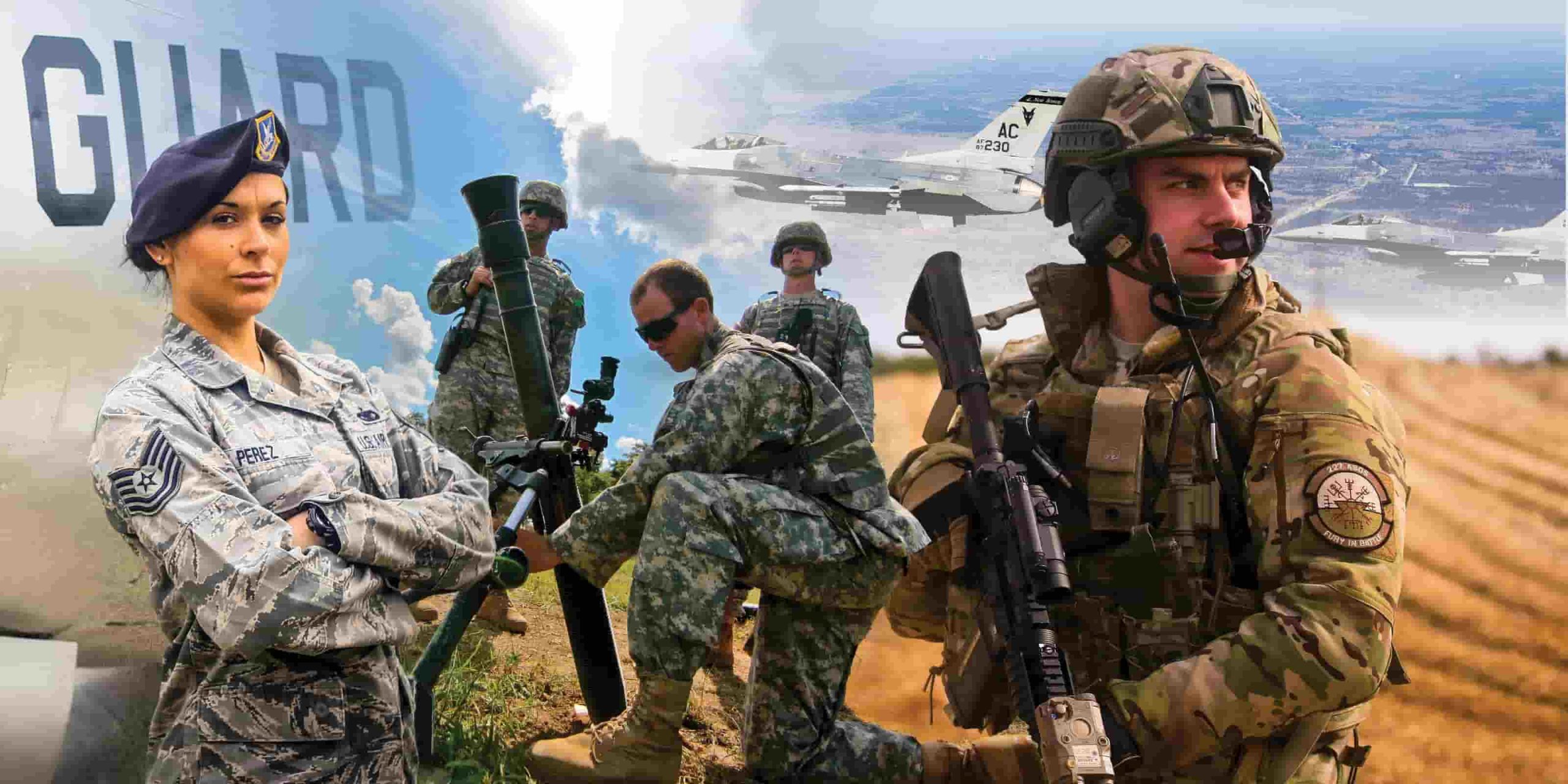 When can the National Guard be activated?

The governor may deploy the National Guard in response to a domestic emergency, such as a natural disaster or social unrest, under state law. This mobilization of force against social unrest, however, is less likely, according to Associate Professor Jim Craig of the University of Missouri at St Louis.

When thousands of children crossed the border into Texas in 2014, the state of Texas sent 1,000 National Guard troops to assist specialized forces in ensuring border security. Furthermore, the federal government can use this force to support overseas missions such as those in Afghanistan. Depending on the circumstances, mobilization can be voluntary or mandatory. When units are mobilized for combat in another country, the government will pay the costs and have complete command and control.

Did the National Guard come before the army?

Pre-dating the U.S. Army, the Army National Guard, the nation’s first organized fighting force, was founded on December 13, 1636, in the Massachusetts Bay Colony, when 3 militia regiments were formed to defend against Pequot Tribe members as well as provide security and structure for the early settlements.

Why is it called National Guard?

When the United States gained independence, the various colonial militias became state militias. Some New York State militia units then use the title “National Guard” in 1824, naming themselves after the French National Guard in honor of the Marquis de Lafayette.

Can the National Guard be called to war?

Yes. Because of the National Guard’s dual state-federal mission, Guard members could be mobilized to protect and defend the United States in battle, whether domestically or abroad.

Can you have tattoos in the National Guard?

There are no tattoo restrictions in the United States National Guard. Tattoos on the wrists, hands, neck, or face are not permitted for recruits. The one exception to the hand rule is the allowance of one ring tattoo per hand.

The information above pertains to the United States National Guard, including National Guard History and the distinctions between the National Guard and the Army. We hope that this article is useful to you if you want to work in the US Security Forces. Don’t forget to take our free ASVAB practice test to ensure you pass your exam on the first try.