The national guard, a military branch that has been around for almost 200 years, allows people to serve their country while still enjoying the civilian life. The national guard is made up of volunteers who are prepared to put their lives on the line to protect and defend their country. We’ll talk about National Guard pay and what it takes to join the National Guard in this article.

Rather than getting a wage once or twice a year, national guardsmen are paid monthly.

It’s a branch of the military, but it’s different from the others in the sense that national guardsmen are usually called to serve on state-side missions when there isn’t active duty going overseas. When they’re called into service, national guardsmen get paid for their service according to rank and years served.

The national guard is deployed in a wide variety of missions, including disaster relief and combat operations. However, it’s also an organization with its own benefits program which includes pay and retirement benefits. So if you want to know about these benefits – read on!

You can expect to earn excellent pay as a Guard Soldier. Specific pay levels will be determined by your rank, job, and education level. The higher you go, the more you make. And the more time you serve, the more you earn.

Simply put, you will be paid for every day you serve. This contains all time spent in training. You drill approximately two days a month, with two weeks of Annual Training each year. You are considered to be on Active Duty during job skill and Annual Training and paid accordingly.

Weekend drill provides training on many different levels and may take place at your local armory or another designated location. Areas covered include job-specific training, weapons qualification, physical fitness, equipment maintenance, and more.

The specific length and timing of any additional training depend on your Military Occupational Specialty (MOS). If you have dependents, you may also qualify for an additional housing allowance. More good news: You will pay income tax only on your base pay—any upgrades or bonuses received while serving overseas are exempt, meaning this money all comes straight to you.

What is basic pay? 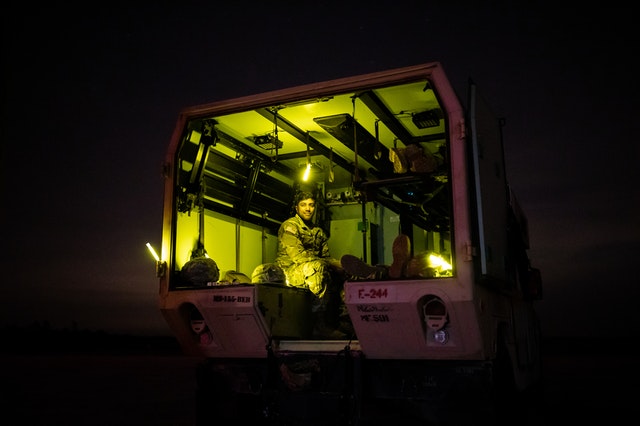 Basic Pay is the base salary for a Soldier on active duty and also counts for part of total military income. Basic Pay is electronically distributed on the 1st and 15th on a monthly basis, similar to many civilian jobs. Basic Pay for a Soldier depends on the time in service. You can see the National Guard pay level in the following table: 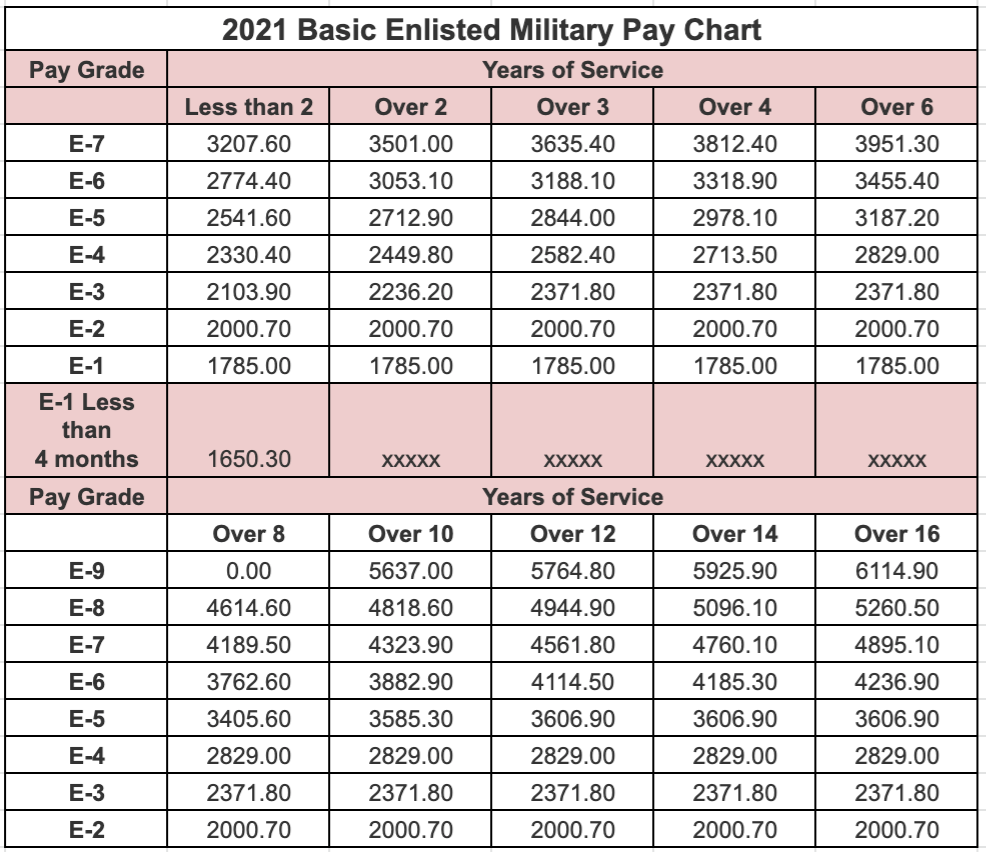 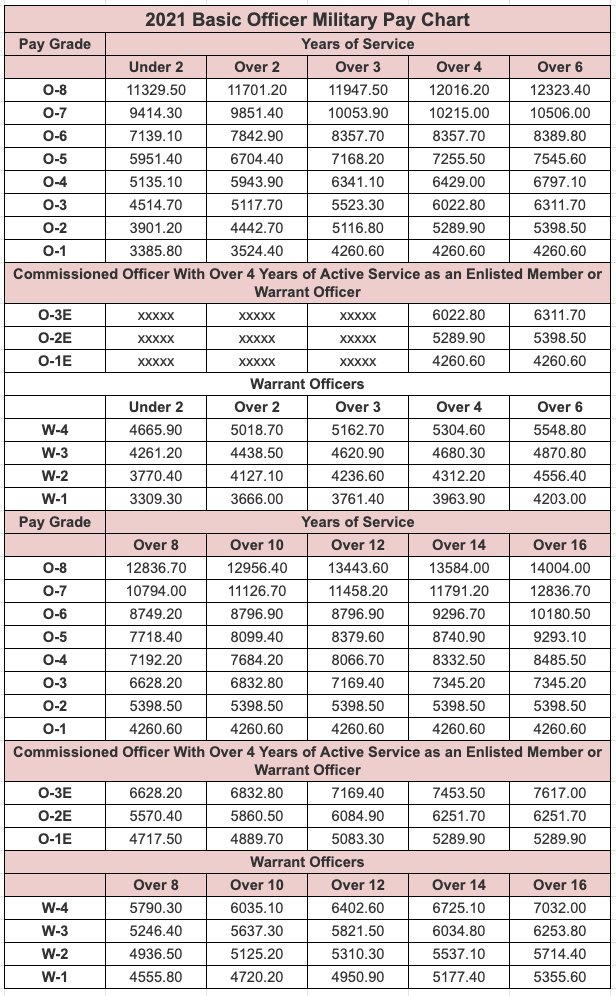 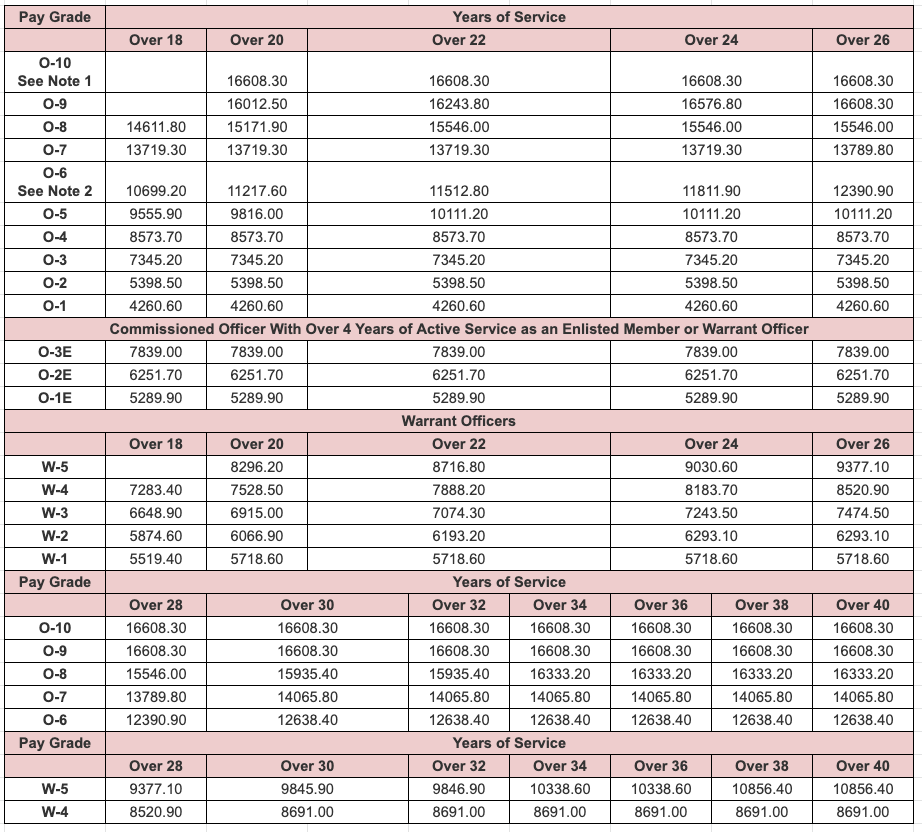 Active Duty pay is earned whenever you are deployed for whatever reason.

As previously said, this article covered all you need to know about national guard pay so you can decide if it’s appropriate for you! We hope you’ve made your choice!

Take our free ASVAB practice test 2022 and comprehensive ASVAB Study Guide to prepare for your upcoming test if you are ready to join the National Guard. Let’s get started practicing right away!