As we learn more about the various branches of the US military, it becomes clear that passing a specific test to identify a prospective applicant's potential capabilities is a requirement for all of them. Taking the Army Armed Services Vocation Aptitude Battery (ASVAB) test is crucial in developing your military profile because it determines which military branch you are best suited for. Not to mention specific job titles that match your current skills and a general understanding of the latter.

Take note that your minimum ASVAB score will not only be considered in determining your eligibility to join the Air Force, but you must also achieve the required score to ensure your qualification for certain Air Force jobs. As a result, prepare thoroughly for the ASVAB practice test and the Air Force ASVAB practice test, as the results will impact your eligibility for certain ASVAB Air Force jobs.

Nearly the same with other US military branches, it is by legal standards essential to bear a high school diploma because not having one would suppress your chances of actually joining the service. On the contrary, those with GEDs (General Education Diploma) may have a slimmer chance of applying for the position. Annually, merely 1% of the entire Air Force enlistments passed with only a GED. Generally, possessing a GED typically equates to a high school diploma, but the US military oversees it from a different perspective. Those with high ASVAB scores are deemed as in-demand applicants considering that they have a higher potential capacity in comprehending and handling unprecedented situations.

Common Requirements for Joining the Service

For joining the Air Force, you have to meet the following requirements: 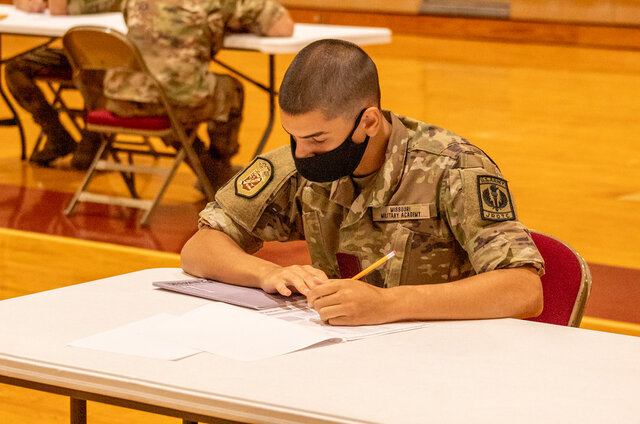 We all can see, that without the ASVAB practice test Air Force, it's really hard to achieve that score.

The table below will show some Air Force Jobs along with corresponding qualification area minimum scores.

You can read the 10 Best Air Force Jobs You Can Have to make the best decision for your future career.

Take note: All mentioned AFSCs are just a few of many Air Force-entitled jobs which you would eventually know as you impart on the Air Force ASVAB test. Relatively, the given minimum scores may differ from one recruiter to another. With that in thought, it's better if you achieve a higher score than what is initially given in the table above.

Now that you've learned everything you need to know, it's time to take the Air Force ASVAB practice test!

We have to add that our Free ASVAB practice exam for the Air Force is one of the greatest platforms for fulfilling your knowledge and increasing your confidence before taking the real test. Our unique gamified learning technique and thousands of free ASVAB questions will definitely improve your knowledge in all areas. Let's get started practicing right away!

If you have any questions, never mind contacting us directly here!